Morning fam,
How many times have we seen this. St. Louis streets and highways are dangerous, innocent people get caught in the crossfire, drivers get caught in these rolling gun battles… even school buses. Black leaders? Crickets. None of the energy they have for trying to get us to vote for more. Kim Gardner? None of the energy she has for the McCloskeys. Wesley Bell, none of the energy he has for mask violators. Cori Bush? None of the energy she has for thrifting. The local black caucus? None of the energy they have for crying about how bad they’re treated by the white establishment machine. Black clergy and orgs? None of the energy they have for grant hustling. Protesters and activists? Clueless to the depth of what we’re dealing with. Hear any of them tell it, years and in some cases decades of failure are not their fault, there’s nothing they can do and whatever crumbs or halfassed, reactionary solutions they throw our way is the best they could do. This is the result. And this will always be the result with this crop of black leaders. They’re not the solution fam, they are the problem.
Lemme address the simpletons who will see acknowledgement of decades of failure by black leaders as being prowhite establishment Dem machine or being proRepublican… No, it’s actually being problack, putting the black collective first, demanding better and holding those who position themselves as black leaders accountable for the impact their actions/nonactions have on the black community, something foreign to those who have been conditioned all their lives to believe that black faces and asses in seats equals black representation. It doesn’t. A negro being propped up is not black representation. Black faced neoliberalism, progressivism and conservatism is not black representation. Black progression equals black representation and anyone not pushing black progression for the collective is not black representation.
The fact that St. Louis has been deemed the most dangerous, most violent and murder capital for the last 20 years is proof. In that time we’ve had black mayors, a black President of the Board of Aldermen, black police chief and public safety director, a black circuit attorney and county prosecutor, black aldermen and city councilmen and black mayors in black municipalities… black leader who brought nothing to the table other than being black, their own agendas and political ambitions. Things did not get better, they got worse. And will continue to get worse until we break this cycle. 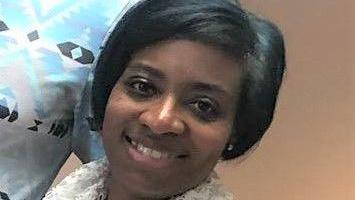 Bridgeton woman killed in crossfire of gunfight on Interstate 170 was ‘innocent victim’
Kristen R. Whitted, driving alone in an SUV, was shot in the head while driving through Olivette.