Morning fam,
As soon as I heard Antonio French was added to the Post Editorial Board, I knew it would only be a matter of time before he started spewing apologist, revisionist, rhetoric compromised and sellout negros push to ingratiate themselves with the white establishment Dem machine and as a defense against their own treachery and traitorous behavior against the black community… His way of trying to sugarcoat/glaze over black leaders copping out in support of Biden and Harris, the most anti-black ticket in modern history, who combined are responsible for the mass incarceration of millions of black people.

Antonio actually tried to argue the 1994 Crime Bill wasn’t that bad, that it reflected the politics/attitudes of the time and possibly saved lives. Let that sink in. There was a time I was an Antonio French supporter, even thought he would be mayor… that was before Ferguson… during Ferguson he and so many others during that time lost their way, selling out to the highest bidders. This isn’t the first time Antonio sold out, just the latest. Look at his former ward. He sold the movement for Mike Brown out for $500,000. He sold progressives out to support Hillary “Superpredator” Clinton, and now he’s using his position with the The Post to try to take the sting out of the 1994 Crime Bill and smooth shit over for Jim Crow Joe, Top Cop Kamala and the Dem Party. It’s disgusting. What’s even more disheartening is he, like Wesley Bell has been given a pass by this movement. No way should Antonio French be allowed to be in a position of influence, can’t say I’m surprised, this is the same movement that gave Wesley Bell a pass and fell for the okie doke following protester turned elected leader Rasheen Aldridge who marched them away from #ResignLyda to Kim Gardner and the McCloskey Show.

Kudos to Blake Strode for this response… and not surprised this is in the RFT and not the American, a Dem/black misleadersip apologist publication. In this article he writes,

“The argument tends to be that we shouldn’t criticize this awful piece of policy targeted at criminalizing poor people and Black people because crime was, in fact, really bad, the bill did some good, and Black people wanted to see this bill passed as much as any group. Such is the crux of the argument put forth by former St. Louis alderman Antonio French in a recent editorial.

French is wrong. For all of the reasons stated at the outset, this single piece of legislation is among the most devastating examples of racist policy in the past 40 years, and a driver of what Michelle Alexander famously named the “New Jim Crow” in America. But he is also wrong to parrot false talking points about the politics of the time.

In his column, French directs his ire at “many young progressives, who were not alive in 1994” for criticizing politicians who supported the crime bill when “[m]ost Black leaders also supported it.” (I feel pretty safe in assuming French basically means people like me, even though I was very much alive in 1994.) He goes on to enumerate Black politicians who voted for it and Black religious leaders who lobbied for it, as a kind of inoculation against criticism of better-known white political figures who championed it, and the many more who passively supported or condoned it. But this ahistorical narrative misses so much.

As Michelle Alexander wrote in The Nation in 2016,

It is absolutely true that black communities back then were in a state of crisis, and that many black activists and politicians were desperate to get violent offenders off the streets. What is often missed, however, is that most of those black activists and politicians weren’t asking only for toughness. They were also demanding investment in their schools, better housing, jobs programs for young people, economic-stimulus packages, drug treatment on demand, and better access to healthcare. In the end, they wound up with police and prisons. To say that this was what black people wanted is misleading at best.

Three Black academics made a similar observation in another op-ed published in the same year by the New York Times, describing this dynamic as policy makers “selectively hearing black voices on the question of crime”:

It’s not just that those demands were ignored completely. It’s that some elements were elevated and others were diminished—what we call selective hearing. Policy makers pointed to black support for greater punishment and surveillance, without recognizing accompanying demands to redirect power and economic resources to low-income minority communities. When blacks ask for better policing, legislators tend to hear more instead.

Even if we only consider the views of the Congressional Black Caucus in 1994, the story is far more complicated than French and others would have us believe. While, as French points out, two-thirds of the CBC ultimately voted in favor, that came at the end of an extended period of CBC members withholding support precisely because they were concerned the overly punitive elements of the bill would land hardest in their communities and had no real counterbalance in terms of alternative approaches and prevention. In August of 1994, when these members finally switched over to supporting the bill after sustained pressure from the White House and congressional leadership from both parties, a headline in the Baltimore Sun read, “Black Caucus yields on crime bill.”

So when French writes that he recalls “Black leaders demanding, and fearful mothers begging, for government leaders to do something about the violence,” and insists that the “something” was the crime bill, he conveniently omits the very complications and nuances of history that he purports to champion.

Perhaps the most troubling assertion of all by French is that maybe the crime bill was also a good thing, one that “both saved and destroyed” his north St. Louis neighborhood: “The arrests and convictions that resulted from the law cost thousands of men and women their lives. But it also saved thousands of others. It’s a tragedy. An eye for an eye left us blind.”

This head-spinning series of non-sequiturs reveals the intellectual emptiness of the proposition being offered by French and others. The bill was bad. The bill was good. “We” did wrong. But “they” did wrong, too. A pox on all our houses. Don’t waste your time searching for the “there” there. This policy, and its impact, is not a paradox; it’s a problem. And the state of north St. Louis today has everything to do with policies like the ’94 crime bill.

But the key thing to understand is that revisionist histories by commentators like French about racist American policies—whether the crime bill, school segregation, redlining and suburbanization, or even slavery itself—are not actually about the wisdom of those policies. They are about absolution for white supremacy. They are a salve for the aching guilt, not of unapologetic bigots and racial reactionaries, but rather for well-meaning neo-liberals and “moderates”—mostly, but not all, white, as French rightly notes—who have been so complicit in this legacy of racial control and domination.

This is not new. Black defenders of policies that sustain racial hierarchy are always in demand. Names like Clarence Thomas, Tim Scott, and even Candace Owens come to mind. There is nothing exceptional about these characters. Why do we even know these people? It is because they are telling many white Americans what they want to hear about race and racism. To make possible the work that lies ahead to transform ourselves and our society in favor of racial justice and liberation, we need to recognize this dynamic, name it, and oppose it at every turn.” 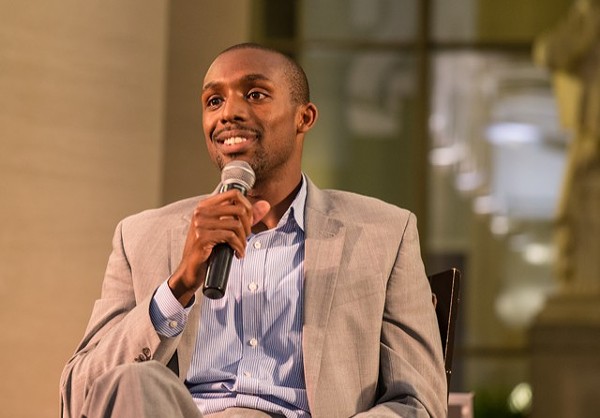