Morning fam,
2020. What a year… a year in which a lot was exposed, that will be remembered as the beginning of a new beginning, now whether that will be good or bad remains to be see, but the old… old ways, old thinking, old politics are dying… the establishment knows this and is trying to stifle the inevitable using manipulation and propaganda to influence who/what replaces the old.
Old is dying, yet old problems live on… because we haven’t learned. We haven’t learned fam, not the collective. We are living in historic times, facing uncertainties and for the first time in this nation’s history black masses have a say, we have ‘rights’, we can vote, we are not physically enslaved…. the problem, is although we have these ‘rights’, we have no idea how to use or make them work for our advantage. We weren’t taught black centered political ideology, what little we received was passed down from blacks who fought this battle before us…. even if we go back to Douglass, we’re still taking about relatively new concepts in comparison to white centered political ideology that goes back to England, the days of kings and queens. And there is a difference, a huge difference, an unsurmountable difference, we were enslaved under white centered political ideology, suffered under white centered political ideology, were mass incarcerated under white centered ideology, had our family structures destroyed by white centered ideology… and even still, after lived experience and living with the consequences, we still in 2020 embrace white centered political ideology. At this point we’re simply choosing our own poison by willfully drinking the koolaid.
Everybody knows… and everybody takes advantage as a result, even our own… I remember when Lori Lightfoot ran, remember all her rhetoric, the hoopla surrounding the mayoral race featuring 2 black women, black girl magic and all that. I didn’t fall for it. I saw 2 black women, each the face for competing white centered ideology, the same white neoliberal v progressivism battle playing out in blackface… and I knew the results would be the same, regardless of who won.
Talk about irony, Lori Lightfoot was elected in the aftermath of her predecessor Rahm Emanuel hiding the video of the murder of LaQuan McDonald. She promised reform.
It is a cycle that repeats itself, the face/gender/sexual orientation may change, in some cases all three, but the result remains the same. 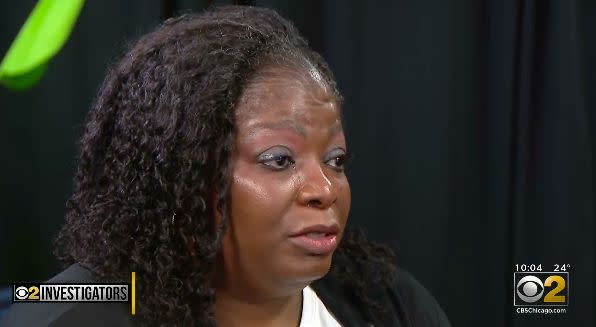 Lori Lightfoot Tried To Block Video Of Cops Raiding Wrong Home, Cuffing Naked Woman
“I truly believe they would have shot me,” said Anjanette Young, a social worker who was handcuffed when Chicago police raided her home nearly two years ago.