Dems continue to rush the part of the process that tilts the scale in their favor with the help of mainstream media by claiming victory despite a pending recount in Georgia and a potential federal order by the Supreme Court about Pennsylvania that could impact mail in ballots received after the polls closed on election day in all states still counting votes. This is Dems launching a preemptive strike in order to circumvent the court ruling pertaining to Pennsylvania and a future onslaught of lawsuits and rulings between now and the Electoral College vote. Announcing Biden’s ‘win’ is meant to make Trump look like a sore loser. Actually this is a move I expected 2 days ago.

Dems are digging their heels in the sand giving Biden wins in Dem controlled regions still counting the vote. Diff media outlets have diff tallies. Today’s preemptive strike and grandstanding does not mean this is over. It just means Dems are going on the record to say they won. Trump said the same thing a few days ago based on his lead election nite without all hoopla.

Here’s the thing fam. The media does not dictate the winner, the Electoral College does and until they declare a winner, there is no winner. Under normal circumstances a candidate would have dropped out by now leaving one candidate in the lead up to the vote. These aren’t normal circumstances, the results are being contested and no candidate has conceded. If Trump concedes, that’s one thing, its over. If he doesn’t, its not. A lot can change between now and the vote by the Electoral College. I suspect the case for voter fraud will made by then. It exists fam. And I believe the case will be made before then throwing us into a Constitutional crisis.

Even if the court rules against Trump today, in every suit between now and the vote by the Electoral College and allows vote tallies to stand, Trump STILL has options afforded him by the Constitution including a nuclear option that allow him to bypass the courts, the Electoral College and popular vote, a trump card he’s holding and has already alluded to, is willing to play and I suspect may have been his gameplan all along.

This is not over until Trump concedes, the Electoral College or Congress declares a winner or the Supreme Court declares a winner. And we’re a long way from any of that. All today’s display does is give negros a premature reason to cheer.

As for Trump, he stopped golfing long enough to issue this statement,

“”We all know why Joe Biden is rushing to falsely pose as the winner, and why his media allies are trying so hard to help him: they don’t want the truth to be exposed,” Trump wrote. “The simple fact is this election is far from over. Joe Biden has not been certified as the winner of any states, let alone any of the highly contested states headed for mandatory recounts, or states where our campaign has valid and legitimate legal challenges that could determine the ultimate victor.”” 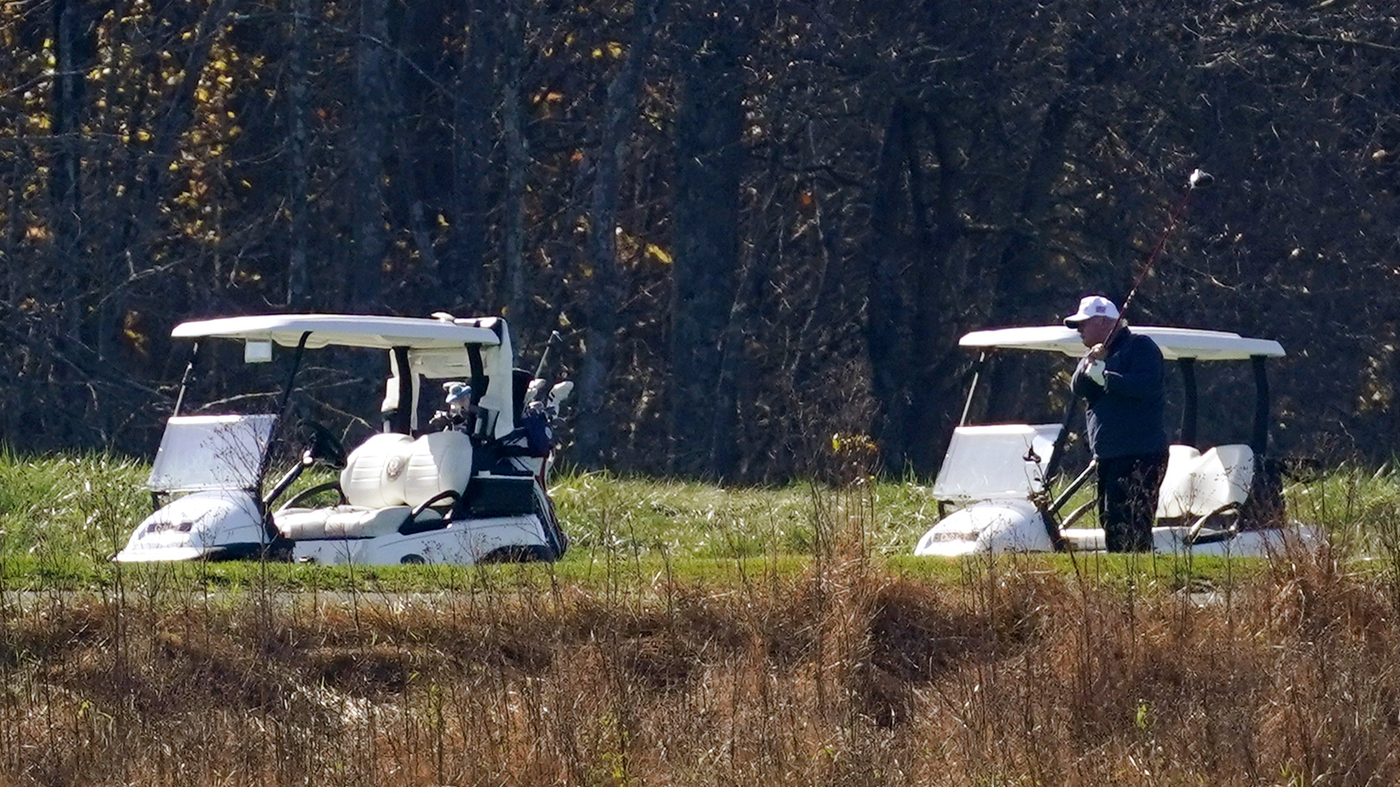 ‘Far From Over’: Trump Refuses To Concede As Biden’s Margin Of Victory Widens
The president was at his golf course in Virginia when a slew of networks announced Joe Biden had won the race for the presidency. Trump vowed he would go to court, but presented no evidence of fraud.