☕ Morning fam,
Dems control the presidency, house and senate as well as all local governments in urban areas and this is the best they can do,

“The federal eviction moratorium in place since September is set to expire Saturday, after the Biden administration refused to extend it and Democrats in Congress couldn’t muster the votes to intervene. Now lawmakers and activists fear an unprecedented surge in evictions in the coming months just as the highly transmissible Delta variant causes a spike in coronavirus cases.”

There is no plan in tact at the local level, they’re still talking in the media and twitterbeefing. Not one dime of the federal dollars has actually reached the people who need it most. They’re sitting on the money,

““We’ve been circling a drain,” said KC Tenants Director Tara Raghuveer, a housing organizer in Kansas City, Mo. “On Saturday, poor and working-class tenants go down the drain in some places.”

The last-minute gridlock between President Joe Biden and Democrats in Congress that resulted in the demise of the eviction ban this week threatens to impose new economic burdens on state and local governments. The officials will have to respond to mass evictions triggered by landlords — including many struggling financially themselves because of lost revenue — who are poised to kick out tenants who fell behind on their bills during the pandemic. The renter safety net is severely weakened, with fewer than a dozen state eviction bans in place and state and local governments having disbursed only a fraction of the $46.5 billion in rental assistance that Congress authorized over the past year.

President Joe Biden in a statement Friday called on state and local governments “to take all possible steps to immediately disburse these funds” given the ending of the moratorium.

“There can be no excuse for any state or locality not accelerating funds to landlords and tenants that have been hurt during this pandemic,” he said. “Every state and local government must get these funds out to ensure we prevent every eviction we can.”” 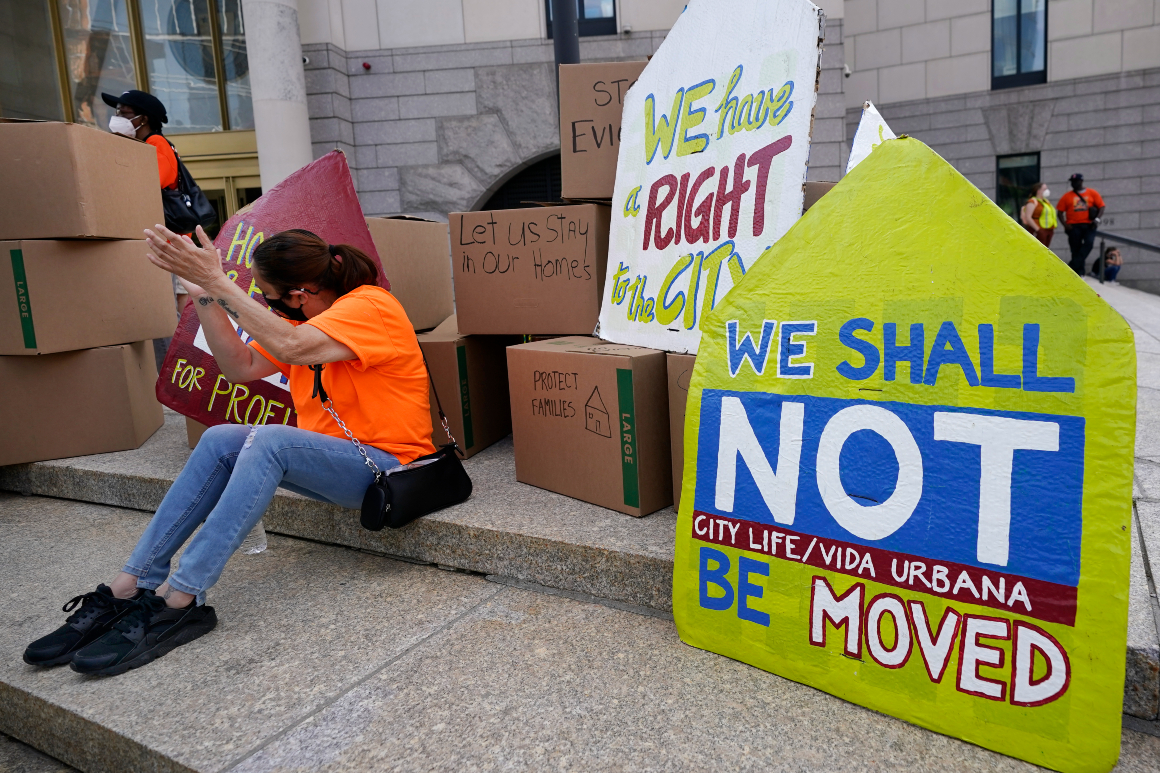 ‘Down the drain’: Millions face eviction after Biden lets protections expire
The federal eviction moratorium in place since September is set to expire Saturday, after the Biden administration refused to extend it and Democrats in Congress couldn’t muster the votes to intervene.